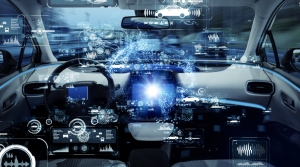 Back in 2018, we wrote a blog post analyzing the global industry of rare earth magnets. Now that it's been a few years, we thought it was time to do an updated industry analysis. The rare earth magnet industry is still rapidly growing in size and complexity like it was in 2018, but it’s growing faster now than ever. This growth is attributed to the shift toward electric vehicles, technological innovations, artificial intelligence, and autonomous vehicles, to name a few.

To start, let’s go over the basics. Rare earth magnets consist of permanent magnets, which are made of alloys of rare earth elements. Even though these magnets are called “rare” there is an abundance of rare earth magnets. Rare earth minerals are called “rare” because it is very unlikely to find them in a pure form — in fact, there are deposits of them all over the world. Because of their properties, abundance, and wide range of uses, the rare earth magnet industry is rapidly growing. By the end of 2021, the global market is projected to reach 5.3 billion and reach 9.6 billion by 2026.

Here are the top ways neodymium and samarium-cobalt magnets are being used (and will continue to be used):

As you can see, rare earth magnets have a wide range of revolutionary uses. Now, let’s dive into a few industries.

Similar to electric vehicles, self-driving cars are revolutionizing the automobile industry. This is because of the abundance of neodymium magnets driving these innovations. Even in small ways, magnets are helping the industry grow. For instance, in order for Volvo to test their autonomous vehicles, they placed disc magnets underneath the surface of the road, creating an invisible railway that would pull the car along. These road magnets would add some reassurance and helpful guidance to a self-driving car or truck by ensuring accurate and reliable positioning.

Currently, there are no fully operating self-driving cars; however, car companies such as Volvo have been testing autonomous vehicles. Tesla has self-driving features in its vehicles. Even though there are no fully operating autonomous vehicles, we are expected to see rapid growth of them between now and 2030. By 2030, autonomous vehicles will be partially autonomous, meaning that they will have the ability to interpret sensory data to detect things like signboards, traffic patterns, and avoid collision pathways. And to become fully autonomous, they need to address many issues including data security and protection from cyber-attacks before they can be rolled out to a broad consumer base. According to research, if these issues are resolved in the near future, we could see this market reaching an estimated $60 billion by 2030.

Recent research from Purdue University has shown that magnets can be used to create brain-like networks in machines. The brain-like networks that improve AI efficiency can teach the machine to better generalize about different objects. The researchers explained it as: “it is easy to train a robot to create a shopping list, but what about teaching the robot to quickly and easily differentiate between the thousands of products in the store?” This allows the computer brain to not only store information but also generalize well about objects and then make inferences to perform better at distinguishing between objects.

According to Grand View Research, the artificial intelligence market is valued at “USD 62.35 billion in 2020 and is expected to expand at a compound annual growth rate (CAGR) of 40.2% from 2021 to 2028.” This is because AI is incorporated into a wide range of industries such as technology, healthcare, automotive, and more. By using magnets to improve artificial intelligence efficiency, the rare earth magnet is expected to have continual growth.

At Apex Magnets, we sell a wide range of rare earth magnets that can be applied to various industrial settings. We sell neodymium discs, spheres, blocks, hooks, adhesives, and much more!

Visit our website today to purchase. If you are looking for a specific magnet, we also offer custom magnets!  All you have to do is fill out our custom magnet request form and we’ll review your RFQ within 1-2 business days for FREE. If you have any questions about our products, don’t hesitate to contact us at 1.304.257.1193 or send us an email.

To learn how to get your custom order fast, click here. Also, check out our latest blog post about the prices of raw materials.