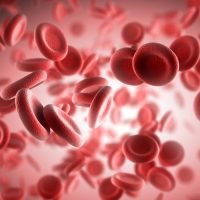 It sounds like something out of a science fiction film: microscopic robots filled with drugs injected into the body and guided by electromagnetism to affected areas. However, this medical development comes from The Chinese University of Hong Kong, not a scene from a "Star Trek" movie.

Small design, big potential
Certain brain and eye diseases call for surgery considered by doctors to be risky. However, these micro robots, which are no bigger than a human cell, could provide an alternative to potentially dangerous surgical procedures, the South China Morning Post reported.

The robots are designed to be 100 microns long and 40 microns wide. They resemble cylindrical cages and carry a payload of drugs. The devices' size allows for them to be easily injected into the body without leaving a wound. As the micro robots are coated in nickel, they can be controlled using an electromagnetic field.

In the eyes of Zhang Li, an assistant professor in the university's mechanical engineering department who worked on the micro robot project, the use of these devices could make a significant difference in the treatment of sick individuals.

"If we can inject thousands of these microbots carrying drugs into the human body in between vertebral columns and direct them to the affected area in the brain, we may be able to cure strokes without an operation," Zhang told the news source.

A major upgrade
This is not the first time researchers have thought about moving tiny robots through the bloodstream. In 2011, Popular Science reported that a team at Pennsylvania State University worked on a project involving a self-propelled micromotor. The idea behind this device is to move drugs through the body to a specific point, much like the micro robots the Chinese research focused on.

However, Zhang wants people to know the micro robots he and his fellow researchers were working on are not an imitation of what has come before.

"A microbot is like a vehicle that ships drugs directly to the affected area," Zhang told the South China Morning Post. "And I want to design a truck, not a car."

Ultimately, these types of projects show how the magnetism present in strong magnets can be used for medical purposes and potentially treat illnesses.