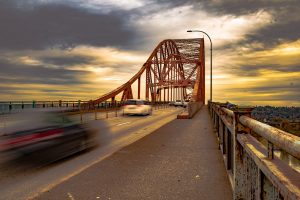 The latest installment of the Fast and Furious franchise — Fast and Furious 9 — takes its reputation for daring (unrealistic) action scenes and really kicks it up a notch. It’s no longer “just” jumping from skyscraper to skyscraper in a car or cars parachuting from planes, now it’s space launches and an electromagnet attached to a plane that can literally pick a plummeting car right out of a free fall. But, hey — that’s the fun of movies, right? Go big or go home. We’re here for it, but we need to clear a few things up.

Why it Wouldn’t Work

There are multiple reasons why an electromagnet on an aircraft couldn’t actually catch a plummeting vehicle. Primarily though, the sudden added 1000kg would very likely cause the plane to crash. Yes, there are helicopters out there that use electromagnets to lift tanks, but the difference is that they do this very slowly, starting with an immobile tank on the ground. You would also need a flat, extensive steel surface area to make contact to do the heavy lifting.

Another real-life example is picking up cars in junkyards. Electromagnets are indeed used to do so, but they can’t do that same thing while flying through the air.

In another scene, electromagnets are attached to the sides of cars. Here, they’re being used to attract other cars, and with the turn of a dial, repel them away. While it might be possible to use a magnet to attract a car at a short distance, doing so while moving — and carrying it any sort of distance — would be unfeasible. A car is simply too big to carry that way. The amount of power it would take to pull it in would be extreme. Plus, magnets don’t repel steel. Only a few materials are diamagnetic, and the effect is usually rather subtle.

Lastly, in one sequence, a magnet pulls a car through an entire building. Not only would that take an immense (practically impossible) amount of strength, it also insinuates that magnets function like a targeting tractor beam. In reality, if it were able to pull in the car, it would also pull in every nut, bolt, belt buckle, and gun in the area.

Stay Up to Date on Magnets in the Media

Don’t get us wrong — we love to see magnets (both real and imagined) make appearances on the big screen. Just remember, your favorite flick might not be 100% accurate, but it still celebrates that insane power of magnets, and that’s pretty cool.

Our magnets might not be featured in any motion pictures this summer, but they’re here to stay in businesses, warehouses, classrooms, and more. If you have any questions about how to use permanent magnets, contact us today!