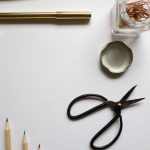 It can be hard to find activities for the kids to do that are both educational and fun, but this experiment is just that. Keep your kids busy and their minds active this summer by making a magic spinning pen. The best part? You probably have all of the materials for this experiment already!

By using some ring magnets, you’ll be able to create a magic spinning pen. The kids will love this one as they’ll watch the pen spin around seemingly by itself, but you’ll love being able to explain to them how magnetism works through this experiment.

Before you start you should keep in mind: neodymium magnets must be handled with care to avoid personal injury as well as damage to the magnets. Fingers and other body parts can get severely pinched between two attracting magnets, and bones can be broken by larger magnets. Children should not be allowed to play with neodymium magnets as they can be dangerous with small magnets posing a choking hazard. As always, magnets should never be swallowed or inserted into any part of the body.

Now, let’s get back to the magnetic magic!

If you want it to go faster, replace the small circular cardboard with a penny--tails side up works best! Once you and your kids get the hang of it, you can try out different coins to see how the spin is affected.

It’s easy to chalk this experiment up to magic, but, with this visual, it’s a great time to explain magnetism to your kids! The explanation is pretty simple. Magnets have both north and south poles. Opposite poles will attract each other and like poles will repel. When you placed the three magnets to repel each other, they created a magnetic field around themselves. Once the pencil/pen was placed inside the field, the repelling forces would bounce the object from magnet to magnet, allowing it to stand up.

This field has a strength and a direction, meaning, the magnetic field lines from each magnet come together towards the center, creating an invisible high-pressure magnetic vortex. When the additional magnet is placed within this vortex, it creates motion, which is why the pen will spin.

With a few objects you have laying around your house, you can create amazing magnet experiments to keep your kids busy for a while. If you enjoyed this, check out our other magnet experiments here and try your hand at a dancing magnetic motor or levitating paper clip.