Superheroes frequently defy science with their abilities and daring feats. And some of the concepts behind their super powers, however unlikely, involve magnetism. Some superheroes use magnetism more than others - I’m sure you’ve heard of Magneto. So, here are a few other plotlines with lesser known magnetic properties.

Currently, part of the most successful movie franchise in history, Iron Man’s origins involved a magnetic plate in the first armored suit he created. The character Tony Stark is on his way to test something he designed for the military when his party is attacked en route. A piece of shrapnel wounds him close to his heart so while he’s imprisoned by his attackers he designs the Iron Man suit. The suit features a magnetic field generator which prevents the shrapnel from reaching his heart and killing him. The device is more high tech than it seems - here’s an in-depth analysis if you’re interested. 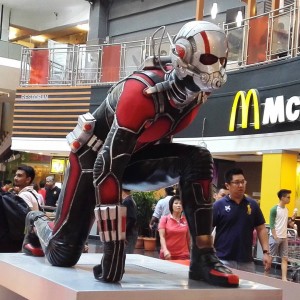 In the latest movie from the Marvel Comics Universe, Ant Man’s abilities are also related to magnetism. In Ant Man, a biochemist named Dr. Hank Pym discovers subatomic particles with unusual properties which he then contains in a magnetic field. These particles, known as Pym Particles, can shrink people and objects. The two serums created by Dr. Pym are contained by magnetism and function to shrink things and then return them to normal size. The magnetic-field canisters containing the source of Ant Man’s powers are shaped along the magnetic force lines where the particles concentrate. 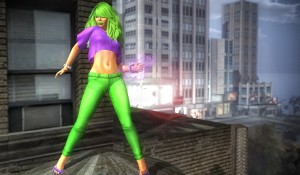 Did you know Magneto isn’t the only mutant from X-Men who can manipulate magnetic fields? There’s also the mistress of magnetism Magneta and Magneto’s daughter Polaris? They may not be in superhero movies yet, but their powers are essentially the same as Magneto. Polaris, also called Lorna, has green hair as you can see in the image above. Magneta’s outfit is similar to Magneto’s.

While these superheroes provide entertainment, their stories are more fiction than science. Can you think of any other superheroes who use magnetism? Let us know in the comments!