Magnets Can Improve the Efficiency of AI 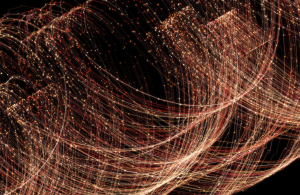 Did you know that magnets can improve the efficiency of artificial intelligence (AI) to mimic human brain-like behavior? According to recent research by Purdue University, strong magnets can be used to emulate brain-like networks in robotic devices. As AI, as well as other machine learning systems, are becoming increasingly prevalent in many industries, the introduction of magnets into these machines could be revolutionary.

What is Artificial Intelligence?

According to Investopedia, Artificial Intelligence refers to the “simulation of human intelligence in machines that are programmed to think like humans and mimic their actions.” The goal of artificial intelligence is to rationalize and come up with the best action when given a simple or complex task. Basic AI systems can interpret one task and execute a particular response; whereas, stronger AI machines are capable of interpreting a complex task and execute the best response.

These machines are increasingly implemented in mathematics, computer science, healthcare, finance, psychology, banking, and much more. Because of AI’s widespread use in many industries, more and more researchers and innovators are trying to find ways to improve the efficiency of artificial intelligence. Some even believe that artificial intelligence has the potential to exceed the capacity of human intelligence.

AI can also be applied to many other machines that involve skills such as learning and problem-solving. Two subsets of artificial intelligence include machine learning and deep learning. Machine learning is the process of getting computers to learn and act as humans do through algorithms. The machine automatically “learns” and improves itself when the algorithms are used based on experience. Additionally, deep learning, also known as deep neural learning or deep neural network, is an AI function that processes data and creates patterns to make decisions similar to a human brain. Deep learning allows machines to solve more complex problems.

Research Findings of How Magnets Can Improve AI Efficiency

Recent research from Purdue University has shown that magnets can be used to create brain-like networks in machines. The brain-like networks that improve AI efficiency can teach the machine to better generalize about different objects. The researchers explained it as: it is easy to train a robot to create a shopping list, but what about teaching the robot to quickly and easily differentiate between the thousands of products in the store?

Kaushik Roy, an Electrical and Computer Engineer Professor at Purdue University, said “our stochastic neural networks try to mimic certain activities of the human brain and compute through a connection of neurons and synapses. This allows the computer brain to not only store information but also generalize well about objects and then make inferences to perform better at distinguishing between objects.” By using small magnets, such as nanomagnets, which have a random probability and switching dynamics similar to the neurons in brains, machines can respond similarly to human brains.

Furthermore, according to Roy, “the big advantage with the magnet technology we have developed is that it is very energy-efficient.” Roy continues, “we have created a simpler network that represents the neurons and synapses while compressing the amount of memory and energy needed to perform functions similar to brain computations.” With their research findings and implementations, they were not only able to create an AI system that is capable of solving complex problems, but they also set a foundation for more revolutionary artificial intelligence innovations.

Visit our website today to explore our available magnets, or you can submit a custom magnet request form. When you submit a custom magnet request form, we’ll review it within 1-2 business days and provide you with a quote for FREE. For a guide on how to get a custom order fast, click here. If you have any questions, don’t hesitate to contact our team at 1.304.257.1193 or send us a message.