Scientists That We Should Thank

We have a lot of things to give thanks to this holiday season, but for the moment, we’d like to recognize some scientific masterminds. Can you imagine what life today would be like without our electricity, modern medicine, cell phones or other advances? Well, without the contributions from these scientists, the world might be very different than it is today. 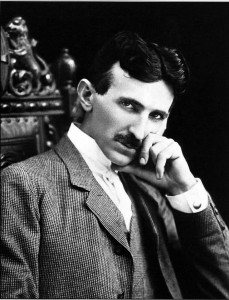 Nikola Tesla connected magnetism and electricity with one of his most famous ideas━alternating current. Whereas a direct current (DC) flows energy in just one direction, an alternating current (AC) can change directions, allowing for higher voltages of electricity. AC motors commonly use rotating magnetic fields and magnetic coils to generate energy. Many machines like washing machines, TVs, vehicles and almost anything with a modern motor may not have existed without his idea. 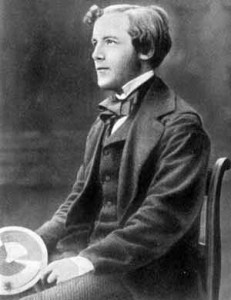 Often deemed the father of modern physics, James Clerk Maxwell is also known for developing the theory of electromagnetic radiation. His theory helped pave the way for inventions like televisions, cell phones and several others. Albert Einstein even said that the theory of relativity can be found in Maxwell’s work.

There may be a longtime debate putting Thomas Edison against Nikola Tesla, however, we couldn’t leave Edison off the list for many reasons. Reason one, he invented the incandescent light bulb and tons of other mechanisms that influence how we live today. Also, he was an extremely savvy businessman as well as a scientist, which is why he rose to fame.

Marie Curie was definitely ahead of her time. Curie made scientific discoveries in the field of radioactivity that influenced the treatment of cancer and the advancement of nuclear power. She was also the first woman to receive the Nobel Prize in Physics for her work with uranium.

Alexander Fleming made the first leap in antibiotics, but it was actually by accident. He discovered a moldy petri dish could have some potential in fighting bacteria. However, he wasn’t able to hone its potential into a usable product without the help of Howard Walter Florey and Ernst Boris Chain.

Rosalind Franklin was an English chemist that is said to have been wrongfully overshadowed by her male colleagues. In 1962, Franklin’s colleagues, Watson, Crick and Wilkins were awarded the Nobel Prize in Medicine for their discovery of the double helix DNA structure.

In 1977, a physician named Raymond Damadian built the first nuclear magnetic resonance scanner (NMR), which allowed you to see inside the body without needing to cut it open. Damadian patented his invention as magnetic resonance machines, or MRIs, which are now instrumental in the diagnoses of several diseases and other ailments. He was also denied the Nobel Prize for his invention and it has been seen by some as a deliberate exclusion.