3 Things We Learned About Magnetism in 2014 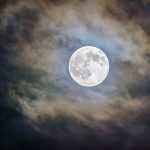 Magnetism has been around for billions of years. Yet, there are still numerous things we haven’t discovered about it. Each year, we discover a little more though. And this year, scientists have found out some interesting aspects of this force of nature. Below we have highlighted 3 magnetic discoveries from 2014.

Many animals have a natural connection to Earth’s magnetic field. We’ve know this for years, but the number of animals and uses is expanding as researchers conduct more studies into this phenomenon. In 2014, we learned that some shark species are repelled by magnetic fields━a fact that could be used in creating eco-friendly shark beach barriers. We also discovered that Antarctic seals use magnetism to aid in hunting and dogs align with magnetic field lines to do their ‘business’.

Electricity and magnetism are highly intertwined with one another. In fact, many electronic devices and other technology, like motors and computers, rely on both to function. In computers, semiconductors process electrical information while magnetic materials in the hard drive are used for data storage. A team of researchers may have created a new material that combine both of those properties into one.

Our knowledge of magnetism is growing each year, however, there are still countless things that we do not know about this magnetic force. These are just a few magnetic highlights from the past year. Can you think of any other notable magnetic findings?