A Breakthrough in Liquid Magnetism - A Quantum Mechanical Mystery 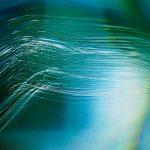 A team of researchers working at the Advanced Photon Source (APS), a U.S Department of Energy facility Argonne National Laboratory, has been able to show that, by applying slow and steady pressure, some magnetic materials can be pushed into a state similar to a liquid.

If you’re an avid reader of our blog, this might sound like déjà vu as we recently reported on how scientists accidentally created a permanent magnetic liquid. However, APS researchers have been able to create the liquid on purpose.

Why Do We Care About Liquid Magnetism?

Knowing how high-temperature superconductors conduct electricity without resistance remains a quantum mechanical mystery. This knowledge is needed to increase operating temperatures towards ambient temperature, allowing a full-scale implementation of superconductors to be used in energy-conserving power grids.

In 1987, the late theorist Phil Anderson, who died just this year, theorized one solution to the mystery is to put materials into a quantum spin liquid state. The key to this theory is that under pressure, the spins of electrons in a material’s atoms can be nudged into a state where they become “frustrated.” This frustration causes the electron to spin directions to fluctuate, only aligning with neighboring spins for short periods of time, like a liquid. These fluctuations are what can aid electron-pair formation that’s needed for high-temperature superconductors.

The team used two diamond anvils, cut in a similar way to what you’d see in jewelry stores, positioning the smaller, flat edges together, and inserting a sample of magnetic material (in this case a strontium-iridium alloy) between them, and pushed. The pressure was applied really slowly -- they each took about a week using a sample roughly the width of a sheet of paper -- so they could measure the properties of the samples intensely.

At around 20 gigapascals -- equivalent to 200,000 atmospheres, or about 200 times more pressure than can be found at the bottom of the Mariana Trench in the Pacific Ocean, the deepest trench on Earth -- the spins of the electrons remained correlated over short distances, like a liquid, but remained disordered even at temperatures as low as 1.5 Kelvin (-457 degrees Fahrenheit.) The team then used intense X-ray imaging to measure the magnetism of the sample. According to Daniel Haskel -- the physicist and group leader of Argonne’s X-ray Science Division -- these experiments could only be done at this APS facility thanks to their X-ray abilities.

For the latest magnetic news and discoveries delivered straight to your inbox, subscribe to the Apex Magnets newsletter here.