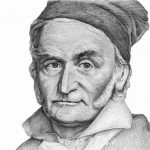 In addition to being a brilliant mathematician, astronomer, and physicist, Carl Friedrich Gauss was also a pioneer in the fields of magnetism and electricity. His contributions over his lifetime of knowledge have even led him to be honored as one of the most influential mathematicians to this day. Below, we’ll cover a few of his accomplishments in relation to magnetism (as we can’t cover all his accomplishments in one blog post!):

Scientists use magnetometers to determine a magnetic field’s direction or strength. Magnetometers can also calibrate magnets and determine if materials are magnetized. The first was created by Gauss in 1832 which eventually aided him in the creation of his law of magnetism.

Gauss developed an academic friendship with Wilhelm Weber over a shared interest in electricity and magnetism. In 1833, the pair developed the world’s first electrical telegraph, spanning nearly a mile range. The pair would later work on advances in terrestrial magnetism and Kirchoff’s law of electrical circuits.

Gauss’ Law has helped describe the relationship between force fields that follow inverse square law -- which gravity, magnetism, and static electricity obey. In relation to heat transfer, the flow of heat out of a closed surface, like a sphere, is proportional to the rate the heat is applied.

Magnetic flux intensity is measured in gauss. The term was adopted by Gauss’ work in magnetism and was used to measure cgs (centimeter-gram-second) of units to describe units of magnetic flux density magnetic induction.

Though limited by technology during his time, Gauss laid a foundation of geomagnetism for later workers. Gauss’ research of geomagnetism including absolute measurement of field and analysis of spherical harmonics. These findings would later be used to analyze the effect of the earth's ellipsoidal shape and the possible existence of a non-potential portion of the field.

Carl Friedrich Gauss was a prominent man of his field leading to many important discoveries of his time. If you’re looking for more historical pieces, check out some more of our past blogs for more magnet facts about magnetism’s most prominent contributors.