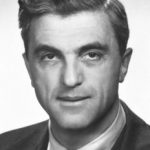 Felix Bloch was a Swiss-American physicist and Nobel Prize winner who developed a technique for observing magnetism in nuclear particles. This would later be referred to as nuclear magnetic resonance (NMR,) and would lay a foundation for diagnostic medicine, like magnetic resonance imaging (MRI.) Below, we're exploring the late Bloch’s contributions to NMR and MRI and their relation to magnetism.

First discovered by Isaac Rabi, who won the Nobel Peace Prize in Physics in 1944, NMR is a method of observation where nuclei are spun and all hold an electric charge. When an external magnetic field is applied, an energy transfer can be possible between that base energy to the higher energy level. This transfer occurs at a wavelength that reacts to radio frequencies. When the spin returns to the base level, the energy is emitted at that same frequency. That signal then matches the transfer and is measured and processed to submit an NMR spectrum for the nucleus at hand. NMR generates information in a spectrum of light in relation to chemical structure.

Bloch would later share his own Nobel Peace Prize in Physics with his research partner Edward Purcell for developing a similar method of observation that would later become the basis of magnetic resonance imaging (MRI.) Bloch was able to create a stronger magnetic field than Rabi, which allowed Bloch to assess nuclear magnetic moments with greater precision. Bloch also found that atoms in his sample only absorb energy and vibrate at a specific frequency.

MRI generates information using the intensity of radiation arriving from certain areas of the body. In short, MRI produces three dimensional, detailed images that pinpoint diseases, diagnosis, and possible treatment monitoring. The technology works by exciting and detecting the change in direction of the rotational axis of protons found in the water making up living tissues. In addition, MRIs are also utilized to map or explore body structures. Measurements made by MRI do not damage the sample, as it's a non-invasive procedure. Without damage, this allows the technology to be used to study living organisms.

Felix Bloch continues to be a prominent figure in his field due to his many discoveries that would later benefit the world of medicine. We’ve covered many pioneers in the field of magnetism thus far. If you’re interested in more biographical or historical pieces, be sure to view some of our past blogs to learn more about those who paved the way!