Magnet Myths: Questions About Magnets With the Real Answers 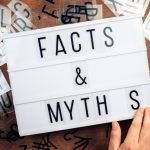 People are constantly publishing and consuming information online, so it’s no wonder that you may hear differing opinions on the same topic. While we can’t dispel all misinformation, we’re doing another round of “magnet myths'' to set some things straight! You can read the first part in this blog post and then scroll below to see if you know if these magnetic statements are fact or myth.

Magnets can damage your watch

Fact! Don’t worry, though, *if* your watch is damaged by magnets, it’s not permanent! To test if your watch has been compromised, simply grab a compass and position it next to your watch. If the compass needle moves, your watch has been affected by magnets. If you find yourself in this situation, just take it to your local watch repair facility—they’ll most likely have a demagnetizing machine you can access.

This may become a problem of the past in the years to come as certain watch companies have options resistant to magnetic fields. They incorporate antimagnetic material like silicon, which doesn’t conduct a magnetic charge, or use a soft-metal case. Read more about watch magnetization in this blog post.

Myth! In fact, magnets are sometimes used for underwater recovery, with boaters and fishermen using a magnet retrieval tool to recover some lost items such as keys or magnetic fishing gear dropped in the water. Some magnets are susceptible to rusting, though! You can test the relationship between magnets and water yourself in less than a minute. Just grab a clear plastic cup, room temperature water, and 2 Neodymium magnets. Fill the plastic cup up about ½ with water, drop a magnet in, and watch for any reactions. (Spoiler — you won’t notice anything.) Then, place another magnet near the cup. The magnets will attract one another if the submerged magnet didn’t lose its power.

Myth! We can thank TV for this. In Live and Let Die, 1973, the eighth film of the James Bond series, an electromagnet hidden in a wristwatch deflects bullets. Legitimate bullets. This is impossible, however, due to the weak magnetic field. Don’t believe us? MythBusters actually proved how this couldn’t work in real life in its 95th episode, James Bond Special: Part 1.

Earth’s magnetic poles can reverse, and when they do, it’ll be the end of the world.

The first part is a fact, but you can take a deep breath as the second part is a myth! Pole reversal can occur — and it has many times. This doesn’t signify the end of the world, though, as we’re obviously still alive now. The most dramatic change that accompanies a pole reversal is the large decrease in total field intensity. The change happens gradually, so there is never a time when the field isn’t strong enough to keep doing its job. However, with the field weakened, coronal mass ejections released by the sun are more likely to get through the earth’s shield, creating holes in our ozone layer. You can read all about pole reversal and its effects in this blog post. The fear that pole reversal signifies the end of the world may come from the fact that the phenomenon of poles reversing doesn’t occur regularly, with scientists estimating reversals have happened only hundreds of times over the last 3 billion years.

When you break a magnet in half, you’ll get one North pole side and one South pole side

If we look inside a magnet, zooming in with a microscope, we find no physical difference between the little bits of magnet at the north pole compared to the little bits of magnet at the south pole. It all looks the same. There also isn’t a line between the north half and the south half across the globe. That idea is just a way to depict the magnetization direction, not an indication of any physical boundary inside the magnet.

There’s more magnetic information being shared on our blog through experiments, demonstrations, and videos to help you understand how magnetism works in everyday life. If you have any other magnetic myths you’d like us to cover, contact us today! To stay up-to-date on all things magnetism, sign up for our newsletter.