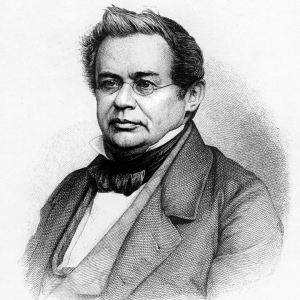 In the early 19th century, scientists understood very little about concepts and ideas like electricity and magnetism. Truth be told, they knew even less about the relationship between the two! But they were starting to study, explore, experiment, and dig, so to speak, into this mystery of the universe. Soon enough, German physicist Heinrich Lenz made an enduring contribution to physics — Lenz’s law — and in doing so, he made his mark on magnetic history.

Lenz was born in Estonia. He studied chemistry and physics at a local university and traveled with a famous navigator who was on his third world expedition (1823-1826). It was during this expedition that Lenz began to study the physical properties of seawater (saltwater) and other climatic conditions. Post-voyage, he began work in St. Petersburg, Russia, later serving as Dean of Mathematics and Physics and a senior official in academics. He also started studying, you guessed it, electromagnetism!

Lenz’s law says that the introduction of a conductor within an electromagnetic field will produce electricity, inducing an opposing field that repels the magnetic field producing the charge. It’s basically a consequence of the conservation of energy. According to this law, the total energy in the universe must remain constant. If the field that is associated with the current moves in the same direction as the charge in the magnetic field that created it, the two fields would combine and create a net field that would induce a current with double the magnitude.

Lenz was doing this research around the same time as Michael Faraday (England) and Joseph Henry (America) were doing their own very similar work. Lenz, however, is celebrated for carefully documenting his research whereas the former two men did not… at least, not to the same meticulous degree as Lenz. He also helped uncover the Joule-Lenz law in parallel to James Prescott Joule. It offers a quantitative analysis of the speed at which resistance in a circuit changes electrical energy into heat.

We consistently update our blog with all things magnetic — current events, relevant history, DIYs, magnetic hacks, you name it. If you’re someone (like us) who understands how awesome magnets can be, subscribe to our newsletter or check out our blog.