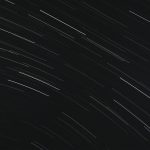 Most magnetic fields on Earth, even man-made ones, are actually not that strong. For years, experts have been researching strong magnetic fields created in laboratories. However, the magnetic strength of this research has been weak (relatively speaking). For instance — the geomagnetic field that affects compass needles is between 0.3 and 0.5 gauss while MRI technology used in hospitals generally produces fields of around 1 tesla, or 10,000 gauss.  No one has been able to successfully go higher than 1,200 tesla or slightly over 1 kilotesla.

That is, until now--

Scientists at Osaka University recently discovered a new mechanism, named a “microtube implosion,” which exhibited the generation of megatesla order magnetic fields, which is a higher magnitude than anything that has been found in previous laboratory research. . Basically, by using a supercomputer, scientists have new findings that have reached a level of the magnetic field only seen in black holes and neutron stars!

These new simulations done by scientist Masakatsu Murakami suggest that generating a megatesla field may actually be possible. His team utilized supercomputer simulations and modeling to discover that by shooting ultra-intense laser pulses at hollow tubes one-10th the thickness of a human hair, they could energize the electrons in the tube wall. This would cause some electrons to jump into the empty center of the tube, resulting in an implosion of the tube. These interactions then lead to the flow of electric current, which is what creates a magnetic field.

Although the megatesla magnetic field fades after about 10 nanoseconds, it’s still enough time for modern physics experiments to gain new findings and information. This concept for generating MT-order magnetic fields is extremely valuable as it will lead to intrinsic research in several fields including astrophysics and quantum electrodynamics (QED).

Keep up with all things magnetic by checking out our blog full of magnet facts, and experiments!