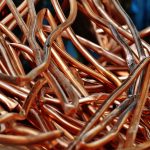 To put this into perspective, the magnetic field intensity of a standard fridge magnet is about one percent of a single tesla, while a hospital MRI is about two or three teslas.

The problem with conventional superconductors lies in their circuits – when they heat up, they can experience a sudden jump in resistance called quench. This is the sudden loss of superconductivity when the temperature is raised. During quenching, gaseous helium can also be released, so, quenching is not ideal.

With this new model, the magnet is not insulted, but tightly wound strips are used to dissipate some of this heat. The strips are made from a metal called rare earth barium copper oxide (REBCO). The REBCO strips can conduct electrical current with virtually no resistance. “The fact that the turns of the coils are not insulated from each other means they can share current very easily and effectively to bypass previous obstacles,” says materials scientist David Larbalestier. REBCO can carry more than twice the amount of current as the same sized section of previously used niobium-based superconductor.

The current 45T superconductor is still officially the strongest working magnet, as this new model has only been achieved in trials so far. The newer model is small enough to fit in a pint glass, weighing less than 1 pound -- .86 ounces to be exact. Its appearance has been described as “a short stack of ‘pancake’ flat discs wrapped in thin metal strips,” while the previous version had a “resistive” electromagnet and had bulkier copper heat sinks.

The limits of superconducting magnets are constantly being tested. Even this small increase in magnetic field strength can mean huge things for high-field applications as strong magnetic fields are required in medicine (MRIs), pharmacy (nuclear magnetic resonance), and other scientific and industrial settings.

Some researchers think, theoretically, that the record could rise into triple digits. Engineer Seungyong Hahn says that because of the design’s compact nature, “we are really opening up a new door. This technology has very good potential to entirely change the horizons of high-field applications. This is indeed a miniaturization milestone that could potentially do for magnets what silicon has done for electronics.” Silicon is a superconductor used in almost all electronics from supercomputers to smartphones to microwaves. Without silicon wafers, most electronic devices used every day wouldn’t be possible.