What Are Rare Earth Magnets? 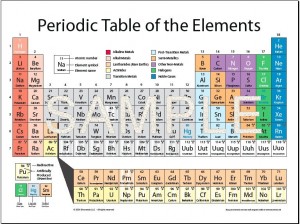 These metals are called rare earth, but not all of them are particularly rare, they are however, difficult to mine. For example, China has cornered the market for several years when it comes to mining rare earth elements.

Why are rare earths important?

If you own a TV, computer, phone, car or practically any electronic device, then you also own something that contains rare earth elements. Because of their unique magnetic and conductive properties, many of these elements are essential to building the technology that we use everyday. For example, Europium is a primary component in laser technology and televisions.

How are they used in magnets?

Besides being used in technology, they are also used to make magnets. Two elements used in many of today’s magnets are neodymium and samarium. Mining them is a difficult process and turning them into magnets is even more complex. They are often combined with other elements to improve their magnetic strength and quality.

Neodymium magnets are made by combining them with iron and boron (NdFeB), and they are considered the strongest rare earth magnets. Samarium is combined with cobalt (SmCo) and are considered the second strongest, in normal temperatures. Neodymium magnets are essential in today’s technology, since motors use magnets to run and many electronics use them. Samarium cobalt magnets are ideal for higher temperature conditions, because they have a higher heat resistance.

Even if rare earth elements aren’t considered extremely rare by some, they still are difficult to mine and the demand for them is increasing each year. As technology becomes more in-demand, so does the mining of rare earth materials and without them, we wouldn’t be able to use the technology that we now depend on.