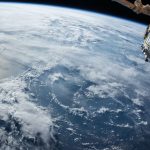 At Apex, we cover all types of magnetic news and discoveries from the Moon’s magnetism to aquatic robots activated by magnets. But there’s one phenomenon we haven't been able to fully understand and talk about—until now — geomagnetic jerks.

Variations in Earth’s magnetic field are expected to occur over hundreds of years, but these jerks have been shorter and give more sudden changes in intensity. They may only affect certain geographical areas of the magnetic field as well. About every 10 years, since the first documented jerk in 1969, scientists have detected these changes without knowing their cause. However, a recent study in the journal Nature Geoscience found they may be caused by buoyant blobs of molten matter released from deep inside the core of the Earth.

In order to study geomagnetic jerks, researchers designed a supercomputer that mimics the physical conditions of the Earth’s outer core. Eventually, the simulation was able to generate geomagnetic jerks comparable to ones observed in recent history. The jerks generated by the model occurred every 6-12 years, but within this timeframe researchers observed something interesting about their cause —the jerks originated from buoyant irregularities in the Earth’s core from 25 years before. It seems that as these blobs of molten matter come into contact with the outer surface of the core, they create waves that shoot along magnetic field lines. These powerful and sudden changes are what disturb the magnetic field above.

While the model contains a high degree of accuracy and precision, it’s impossible to confirm these results. However, the simulation helps researchers understand when jerks may occur and thus how they affect other geodynamic processes.

We are constantly on the lookout for new magnet discoveries. To be in the know about magnets, magnetic breakthroughs, and industry news (as well as some really great discounts), subscribe to our newsletter, or check out our blog.