Industries That Could Be Revolutionized Thanks to Magnetic Breakthroughs 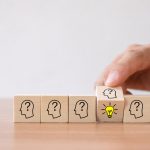 When we think of items that have helped revolutionize various industries, we may think as far back as the printing press and its impacts on the newspaper industry. Maybe we think of the Internet and its effect on nearly every industry imaginable. But what about magnets? Surely we know magnets are important, but do they still have a breakthrough-worthy impact on revolutionizing industries today?

Here are just a few industries that are using the power of magnets to revolutionize their work.

In the security industry, an alternative method to traditional metal detectors has been found. Today’s metal detectors use inductor coils to transmit alternating electromagnetic fields and induce eddy currents within metallic objects. These eddy currents generate secondary fields of their own, which are picked up by the coils. While the current systems are effective, they’re bulky and consume large amounts of energy. A possible alternative has been found within a device that consists of micrometer-scale sensor arrays, making it sensitive to subtle disruptions of the Earth’s magnetic field caused by metallic objects. It focuses on time-dependent variations affected by the presence of nearby metal objects. You can read all about this possible alternative and what it can mean here.

You can read the entire study here, but the gist of it is this: A team of researchers working at the Advanced Photon Source (APS), a U.S Department of Energy facility Argonne National Laboratory, has been able to show that, by applying slow and steady pressure, some magnetic materials can likely be pushed into a state similar to a liquid. If this is a quantum spin liquid, Haskel says this system of pressurization might be used to create error-free quantum computing.

Magnets are also playing a key role in computing virtual reality. Through the use of magnetometers, electromagnetic field sensors (EMFs) detect movement, speed, and direction. An algorithm has been developed and tested with these magnetometer sensors to track up to four, tiny, pearl-like magnets. According to researchers, in comparison to state-of-the art magnet tracking systems, the new algorithm increased magnetometers maximum bandwidths by 336%, 525%, 635%, and 773% when used to simultaneously track one, two, three, and four magnets respectively. Beyond VR headsets, the faster, more accurate magnet tracking is expected to help robots move more quickly and for better reflexive control of exoskeletons and prostheses. You can read all about this research and more ways it can help in robot movement and in providing reflexive control of exoskeletons and prostheses here.

Probably the biggest impact magnets have had over the past few years has been within sustainability and environmental conservations. For instance, recovering rare earth elements from consumer waste and using hydrogen as a “cleaner” alternative to burning fossil fuels has been talked about in recent years. Both of these have had road blocks though.

In terms of discoveries that can change our everyday products let’s talk about smartphones and generators. Scientists have shown magnets to create more power than electrical generators, thanks to the parallel inner-magnet device created by a team from Purdue. Head here to read about how this device works and its possible uses. On the other hand, did you know generic smartphones use about 16 rare-earth metals alone! With nearly five billion people worldwide using a smartphone by 2020, that adds up to a lot of technology metals being used — and this is just thinking about smartphones! Thankfully, scientists are finding greener ways to extract rare earth metals in smartphones to create more attainable and sustainable recycling methods, and you can read all about them here.

Stay Up-to-Date on All Things Magnetic With Apex Magnets
These examples are only the beginning of the long list of industries that have used magnets to start revolutionizing. To be in the know about magnets, magnetic breakthroughs, and industry news (as well as some really great discounts), check out our blog, or subscribe to our newsletter.