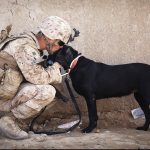 What exactly is a land mine? Well, this refers to a dangerous explosive device that is generally concealed underground, perhaps several feet below the surface or covered by a thin layer of dirt, sand, or vegetation. The military, in this country and many others, has historically used these weapons as a way to quickly disable or destroy enemy tanks and other vehicles. They might be detonated by way of pressure, movement, sound, magnetism, or vibration. Either way, the blast effect can be devastating.

The Deadly Longevity of Landmines

A serious issue with landmines is that they can remain active and dangerous for many years, leading to civilian injury and death long after a conflict has ended. This has led to serious demining efforts in countries across the world by use of metal detectors and highly-trained military teams.

The Danger of False-Positives

When it comes to demining, there’s a common problem: finding false-positives. This means that the metal detector picks up on ferrous debris instead of a mine, slowing down the process significantly. Because deminers must treat each alert as if it were a mine, it leads to timely excavation and makes room for accidents to happen. In some cases, it can lead to complacency on the part of the deminer. After so many false-positives, you might start to believe you won’t encounter the real thing… until you do.

Magnetic rakes can be used to reduce the amount of ferrous fragments in a demining area, thus safely speeding up the process and cutting down on injuries or even casualties. Such a product implements small, strong, neodymium magnets strategically placed on the teeth or tines of a rake. One might also use a small trowel with neodymium magnets clipped or otherwise attached along both sides. An important detail is that the rake or trowel itself should be designed to withstand the potential blast of a mine, bending with the blast and not shattering.

The rake user will cover a span of ground, attracting ferrous metal scrap, which allows the following metal detectors to get a clear read on whether or not there is a landmine present. This safely speeds up the entire process, and in some cases, can even expose the tops of mines.

Obviously, this is an extremely dangerous job that should only be undertaken by military personnel and combat engineers who are trained to tread lightly, recognize mines, and proceed with caution and expertise. But, if used correctly, these tools can cut down on the risk of accidents.
If you’d like to discuss how you can use neodymium magnets as a means of clearing volatile landmines, call Apex Magnets at 1-304-257-1193. If you’re curious about some of the other (less dangerous) uses for magnetic sweepers and separators, keep up-to-date on our blog.