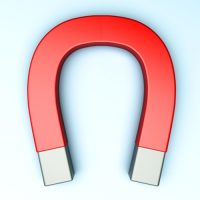 Not everybody understands the science behind magnetism, but most have a basic sense of how rare Earth magnets work. The general public is probably a little less familiar with quantum spin liquid, another type of magnetism.

If you number among those who are hearing about quantum spin liquid for the first time, here's what you need to know about this form of magnetism:

The science of quantum spin liquid
You won't find quantum spin liquid in those strong magnets you use around your home. Instead, this unique form of magnetism is found in the mineral known as herbertsmithite, according to research provided by the Massachusetts Institute of Technology.

This particular kind of magnetism is characterized by the fact that its magnetic elements are in a state of constant fluctuation. Unlike the magnetic qualities found in ferromagnets, quantum spin liquid's properties remain fluid.

According to the National Institute of Standards and Technology's Center for Neutron Research, the atoms found within herbertsmithite form a kagome lattice. This structure is where you'll find the quantum spin liquid.

Gaining a deeper understanding
Quantum spin liquid is a relatively new discovery, which means there's still much to understand about this form of magnetism. Recently, researchers at Harvard University, Boston College and MIT set out to conduct a detailed analysis of how its electrons respond to light.

"Theorists have provided a number of theories on how a spin-liquid state could be formed in herbertsmithite," said Daniel Pilon, a graduate student who worked on the study, in a statement. "But to date there has been no experiment that directly distinguishes among them. We believe that our experiment has provided the first direct evidence for the realization of one of these theoretical models in herbertsmithite."

In the researchers' analysis, which appears in Physical Review Letters, they used incredibly short laser pulses to identify a signature in the spin-liquid state's optical conductivity. What they learned will help further scientists' understanding of this form of magnetism. At the same time, their analysis could inform future applications of quantum spin liquid.

"Although it is hard to predict any potential applications at this stage, basic research on this unusual phase of matter could help us to solve some very complicated problems in physics, particularly high-temperature superconductivity, which might eventually lead to important applications," said Nuh Gedik, an associate professor of physics at MIT, who also worked on the analysis.