Scientists Use Pottery and Flint to Detect Magnetic Fields 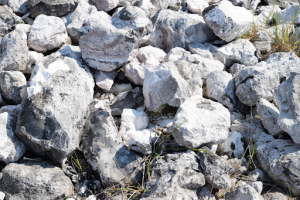 Instruments for measuring Earth’s magnetic field have only been around for a few hundred years, but scientists have figured out other ways to analyze Earth’s magnetic field. This includes a new study using artifacts recovered in Jordan from the Neolithic period or the New Stone Age. Read on to learn more about this discovery and how it’ll impact the future of magnetic field research.

A study was led by Professor Erez Ben-Yosef, a professor of Archaeology at Tel Aviv University. Researchers examined 129 different artifacts, including pieces of pottery and burned flint used to make prehistoric tools, recovered from archaeological sites in Wadi Feynan, Jordan. They determined that the strength of Earth’s magnetic field dropped when these particular artifacts were in use, which was about 8,000 to 10,000 years ago. They also determined that the magnetic field recovered within a few hundred years.

How exactly did Ben-Yosef and the other researchers involved in the study identify the strength of Earth’s magnetic field when the discovered artifacts were originally being used?

Ben-Yosef and a team of scientists were responsible for creating the technique used to detect the magnetic field in artifacts, which proved that pottery — and now flint — can be dated using the “signal” of its magnetic field. Because pottery has to be subjected to high temperatures during creation, certain minerals within it hold a record of what the planet’s magnetic field was like at that time. This is known as remanent magnetism or paleomagnetism.

At Apex Magnets, we like to stay current on all the exciting magnet news and discoveries! If you want to stay connected, follow along on our blog or subscribe to our newsletter. Browse our online catalog to view our products, and give us a call at 304-257-1193 if you have any questions.