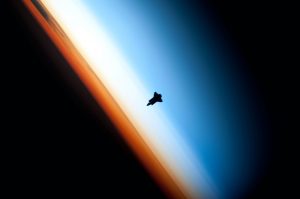 In our last blog post, we talked about how the Earth’s magnetic field is dented — remember, we’re safe from any effects this dent has on the ground! — and how the magnetic field has reversed… hundreds of times! Again, the magnetic field reversing may seem alarming — many ‘doomsday’ theories come from the fear of pole reversal — but, rest assured, it doesn’t signify the end of the world. Now, we have two more magnetic phenomena to share — geodynamo paradox and geomagnetic jerks!

We know the Earth’s magnetic field is important, but what do we know about the origins and evolution of the “magnetic bubble” that keeps Earth habitable? Well, we know it has to do with Earth’s core, otherwise known as the heart of the planet.

The core is made up of molten metals that are constantly in motion. At the core, there’s a solid inner layer consisting of iron that's burning as hot as the surface of the Sun—that’s about 9,800 degrees Fahrenheit! Then, at the very center lies a small, hardened inner core that grows as Earth cools. The Earth’s constant need to cool itself, and thus convect, is what drives our planet’s electric generator — it is this generator that produces the self-sustaining magnetic field. This process of heat transfer is referred to as the geodynamo. Though, the answer can’t be as easy as that.

Therein lies the paradox of the geodynamo. According to theoretical analyses, the thermal conductivity of iron at the core is 150 watts per meter per kelvin. However, this high amount of conductivity is impossible because it leaves little energy left to power convection. It also only supports the existence of the geodynamo for about 1 billion years whereas other studies show that 3.4 billion years is a more accurate estimate for its lifespan. You can read more about this paradox here.

Another seemingly unsolved mystery of Earth’s magnetism lies within geomagnetic jerks. We’ve covered geomagnetic jerks before, which you can read about here. Essentially, they are abrupt changes in the strength of Earth’s magnetic field, resulting in pulses that like the anomaly (which we talked about here) can compromise satellites. These jerks are not predictable — in fact, over the past hundreds of years, jerks have been shorter and have been varying in intensity.

As scientists further observe these jerks, they’re finding out more and more. By studying strange deviations in the magnetic field, specifically, the magnetic declination that allows North and South Poles to roam freely around the planet, scientists have discovered that occasionally, the gradual movement of Earth’s rotational axes accelerates randomly, and the drift of the magnetic field goes in another direction — this is where the geomagnetic jerks come in. Though the jerks are random and hard to track, they’ve been able to plot the magnetic field’s rate of change over time — seeing that these jerks usually last between 1-3 years, with the first documented one being recorded in 1902. The last jerk was in 2016, and, we’re actually due for another jerk, originally being predicted for 2020 or 2021.

There you have it! To stay up to date on the latest magnetic discoveries, keep an eye on our news & how-to’s section of the blog. And, to make sure you don’t miss a thing, subscribe to our monthly newsletter!