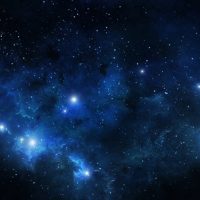 In 1977, the Voyager 1 spacecraft was launched into space with the purpose of exploring Jupiter and Saturn, according to NASA. Now, more than 30 years later, the high-tech probe has gone beyond our solar system and entered interstellar space, where nothing from Earth has ventured before.

Proof at long last
While major media outlets have run with news of Voyager 1's whereabouts, it's not necessarily new information. For the past several months, claims have surfaced regarding the spacecraft's location outside of our solar system, but now there's evidence.

"We have been cautious because we're dealing with one of the most important milestones in the history of exploration," said Ed Stone, a Voyager Project scientist of the California Institute of Technology in Pasadena, in a press release. "Only now do we have the data - and the analysis - we needed."

As it turns out, the data needed to prove the location of Voyager 1 was all in the plasma.

The right evidence
Once any object passes the area in our solar system beyond planets such as Saturn, Uranus and Neptune known as the Heliopause, it's considered to be in interstellar space. In 2004, Voyager 1 began to feel the pressure of interstellar space, but its instrument used to measure plasma stopped working in 1980. To figure out where in space the probe was, NASA scientists focused their attention on the magnetic fields Voyager 1 was interacting with.

The scientists had expected to pick up an abrupt change in magnetic field readings once Voyager 1 was in interstellar space. From May 2012 through July 2012, changes in the number of galactic cosmic rays interacting with the probe fluctuated. This was evidence that the spacecraft was near the edge of the solar system.

In April of this year, Voyager 1's plasma wave instrument began to pick up data that revealed it was heading into a region of dense plasma. This allowed scientists to learn that interstellar plasma was present in this region, which meant Voyager 1 was now traveling outside the solar system.